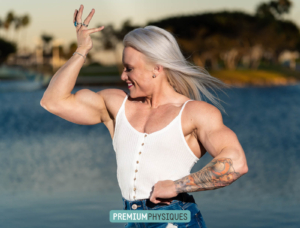 SEXY MUSCLE, folks!  We’ve got some great stuff in today’s update.   First up….. for leg fans, the incomparable K8 Hart is back with a new clip on her page…. “Kaitie Hart in the Dungeon, with Guest Brooke Walker“…. from early 2020.    Then, from later in the year, we have a new gallery added on the page of “Hailey Delf in Long Beach“…. in contest shape!    She is ripped and absolutely huge!

JOIN PremiumPhysiques now and don’t miss any of the great stuff on the way!   New shoots already scheduled with Brooklyn T and Kaitie Hart for February.   We are gonna heat things up, folks! 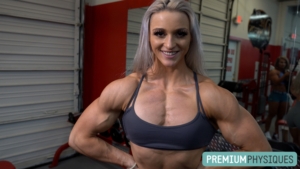 This physique is f’n CRAZY HOT – JOIN NOW for the incomparable Kaitie Hart!

2 More Vids of the MASSIVE and Ultra-Hot BEEFNUGGETTE! 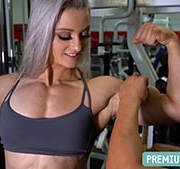 More Clips of Kaitie Powerful Day in the Gym Added to the Members Area!

Want to join the discussion?
Feel free to contribute!